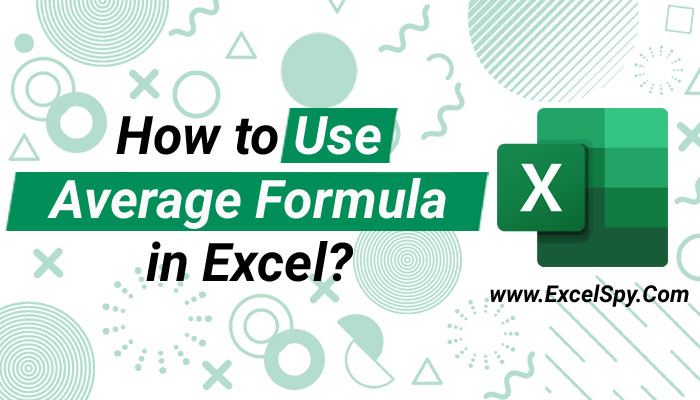 Mathematical functions and operators are the base of any data analysis software. Microsoft Excel is no different. Various functions like sum, product, division etc. are part of data analysis.

One such key operation is mean or average.

So, let’s see how to use AVERAGE formula in excel.

How to Use Average Formula in Excel?

In a general sense average is a number expressing the central value in a set of data.

The use of average formula in excel is very simple.

We can do an average of a certain data set in various ways in excel.

Let’s look into them one by one. 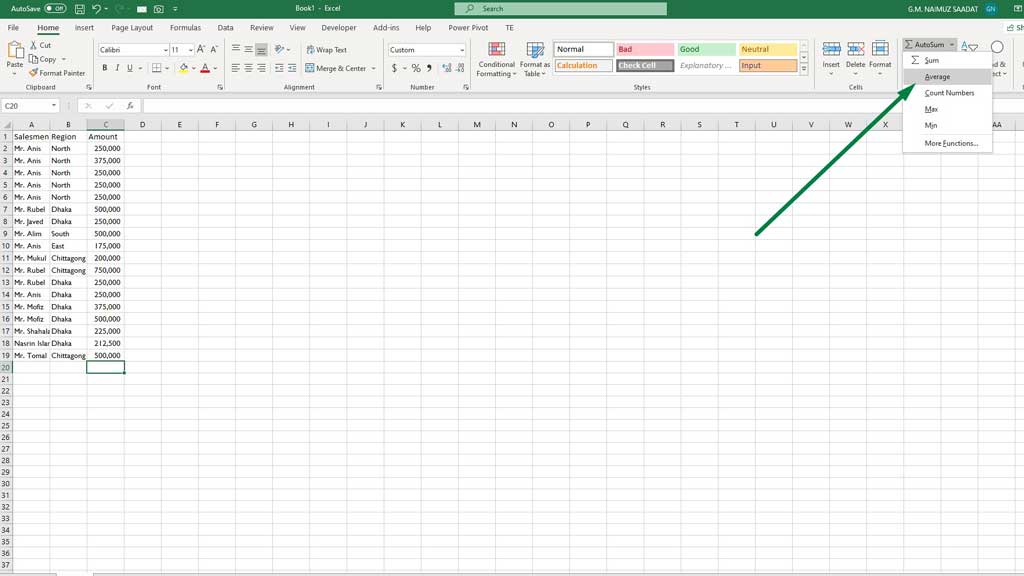 Select the cell you want to sum. Go to the “Home” ribbon and click “Autosum.” And from the drop-down menu select “Average” and then select the data range you want to average and hit enter.

You will see that excel has created an average of the numbers you selected. 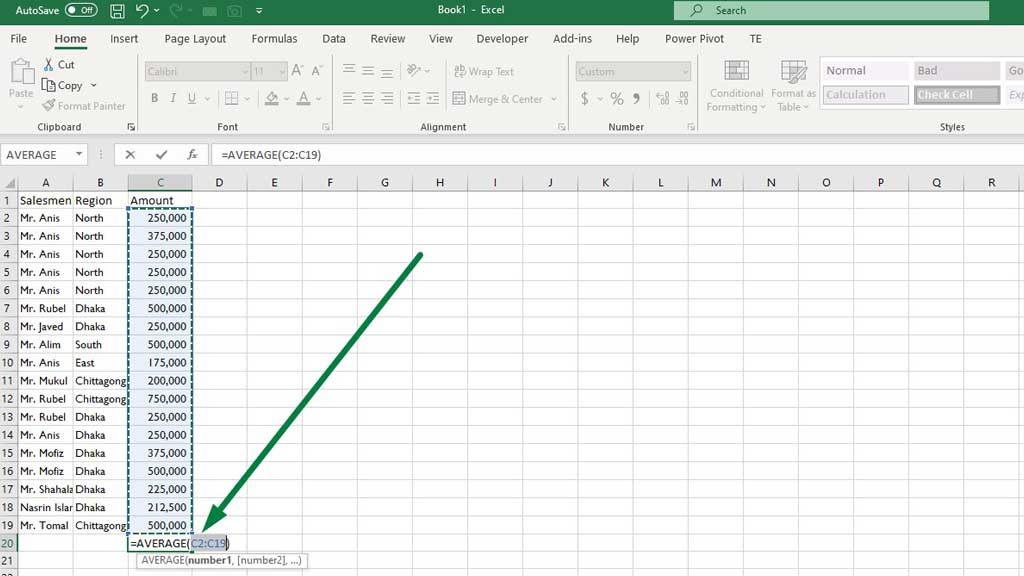 You can also manually sum the numbers you select and divide them with their count to get an average.

To do that first select the set of numbers you want to average. 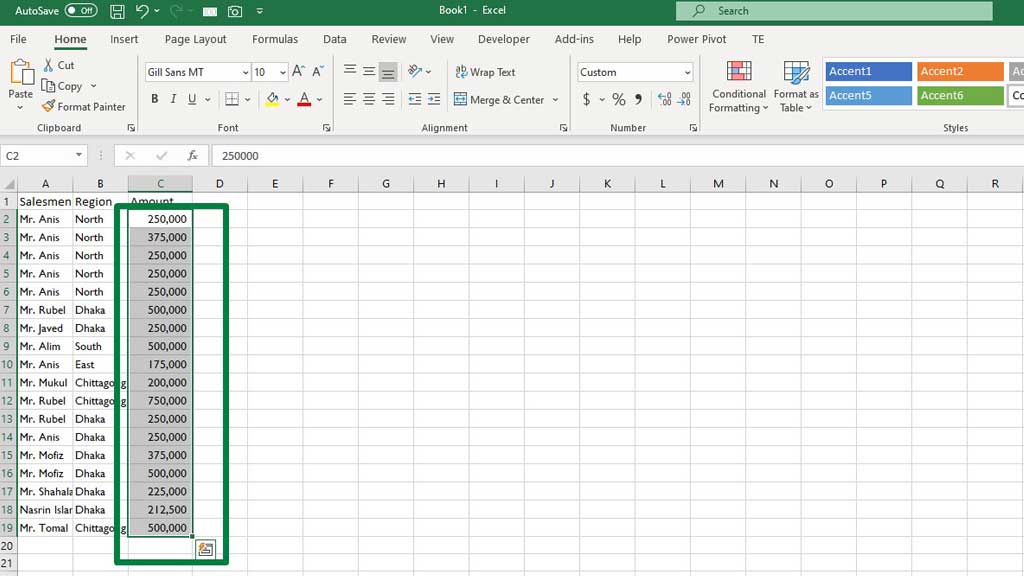 Then see the count of the numbers from the status bar. 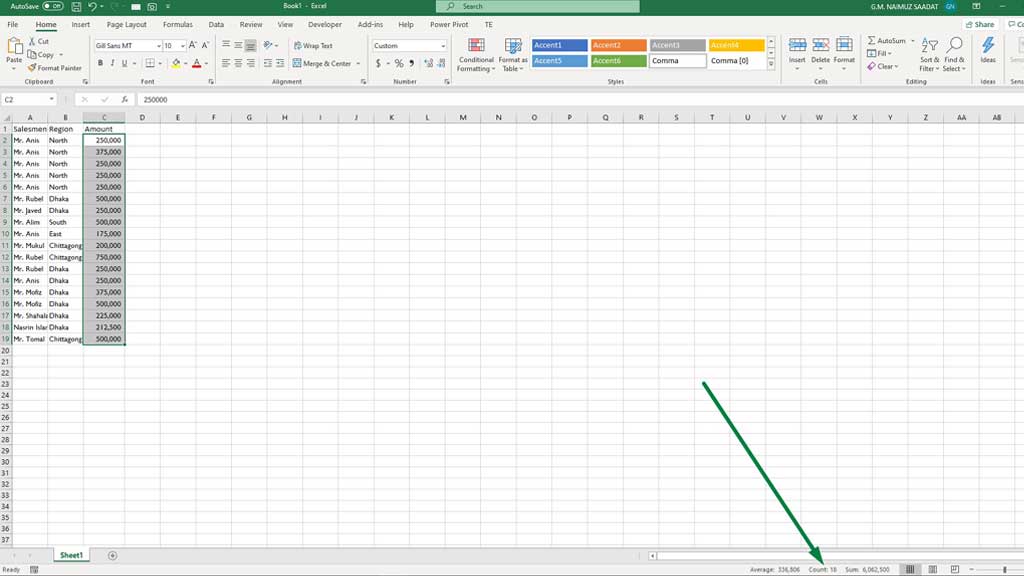 We can see that the count is 18. This saves you the hassle to count manually or use the COUNT formula.

Now, use the SUM formula to add the numbers and divide them by the count of the numbers. 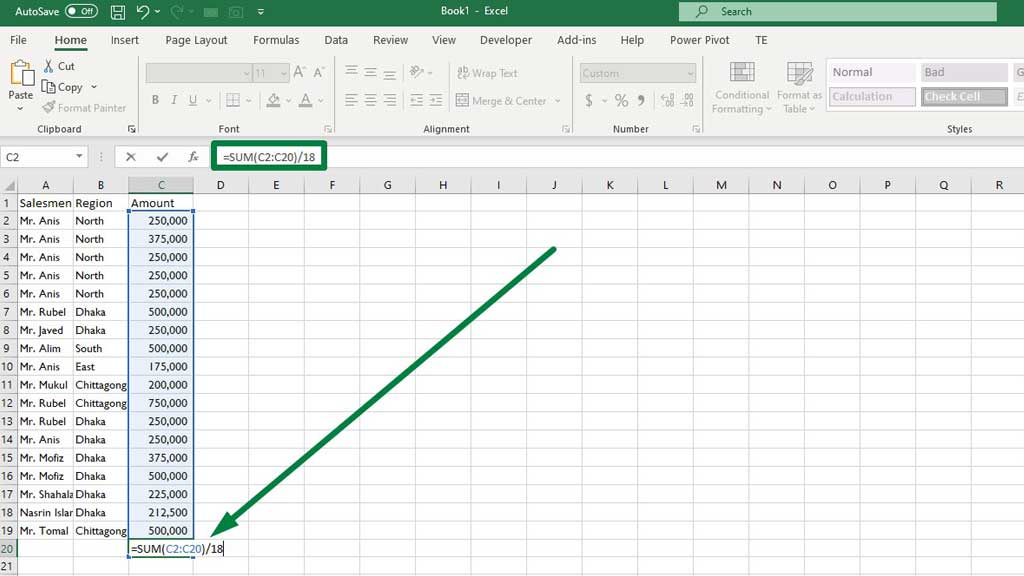 Press enter to see the average. 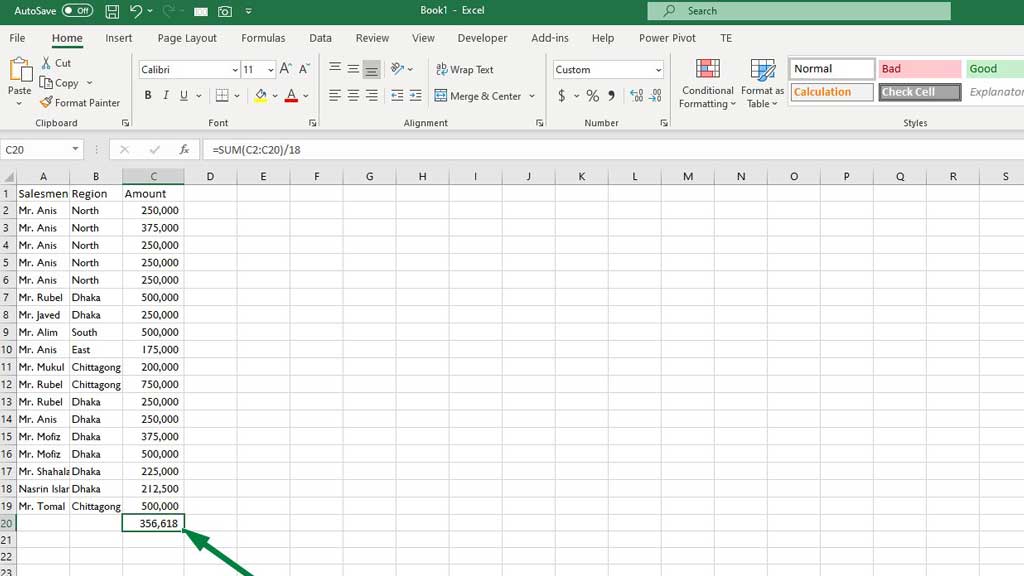 However, this process is not slow nor inefficient. It is not the best practice in excel.

Because there is a separate formula dedicated to AVERAGE in excel.

So, let’s see how to use AVERAGE formula in excel.

Method 3# Use AVERAGE Formula to average a set of numbers

Go to the cell you want to average the numbers and type the following formula. 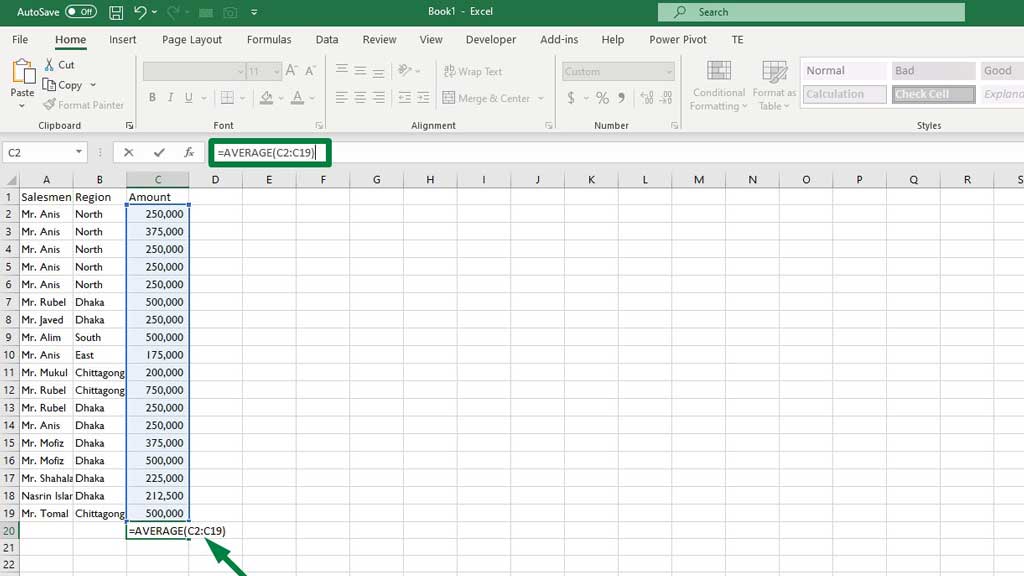 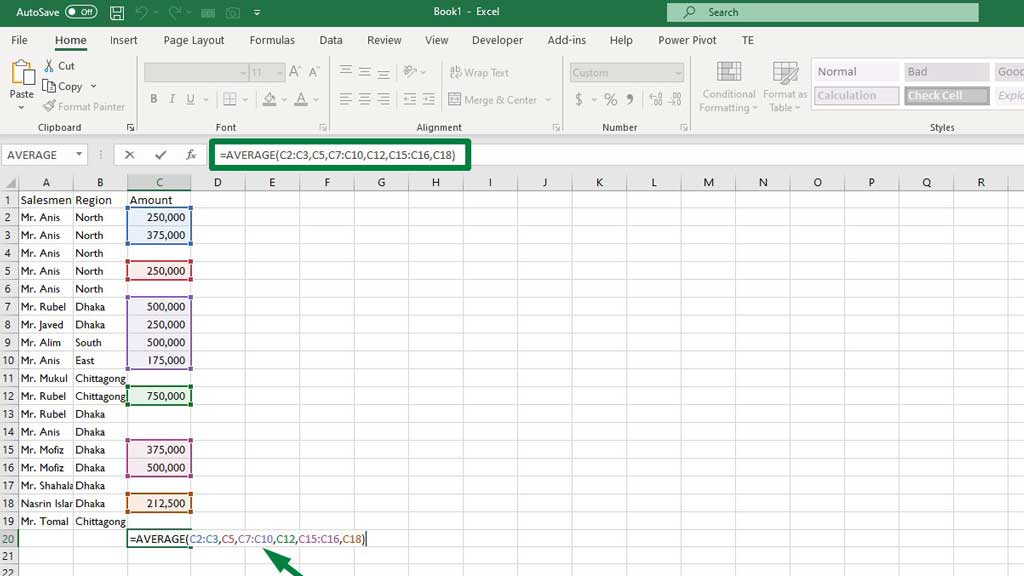 Use comma to average non-contiguous rows or columns of data.

Note: The AVERAGE formula can average 255 numbers at a time.

You can also use the “AGGREGATE” function to average a group of numbers. The AVERAGE function usually ignores blank cells and if there is an error in the data it shows an error. However, the AGGREGATE function ignores errors as you tell it to.

There you have it. It is very easy to average any group of numbers in excel. Now, you also know how to use AVERAGE formula in excel.

Hi there, I am Naimuz Saadat. I am an undergrad studying finance and banking. My academic and professional aspects have led me to revere Microsoft Excel. So, I am here to create a community that respects and loves Microsoft Excel. The community will be fun, helpful, and respectful and will nurture individuals into great excel enthusiasts.